While skiing in the Swiss Alps last winter, I got into a discussion about speed. Following my engineering knowledge, your skiing speed does not depend on your own mass. Without the intention to offend anyone, skiing is basically a form of falling at an angle. 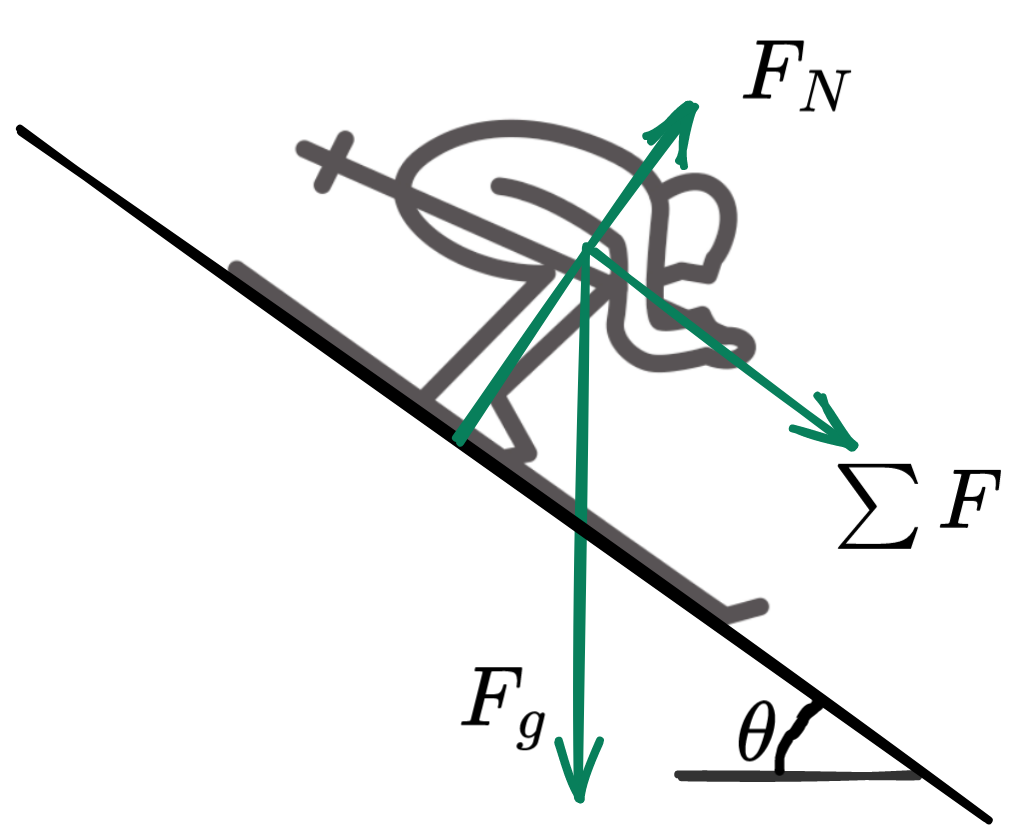 We can build a model based on Newton’s second law where acceleration times mass is equal to the resultant force. We can see that mass ($m$) will drop out of the equation:

Here $a$ is the acceleration of the skier, $g$ is the gravitational acceleration and $\theta$ is the angle of the slope or piste with the horizontal.

This was already demonstrated by Simon Stevin and Jan Cornets de Groot in 1586 or Galileo around 1589 both with free-falling objects from a classical tower.

This may feel counter intuitive…

In the above case we neglect all friction of which, in case of skiing, there are two:

What is actually the contribution of drag? And if it is significant, can we apply a simple factor to speed to compensate for mass? Lets check it!

I’ll start by setting up the full equation of motion including friction and drag.

Put together and we get a differential equation for $v>0$ $m/s$: 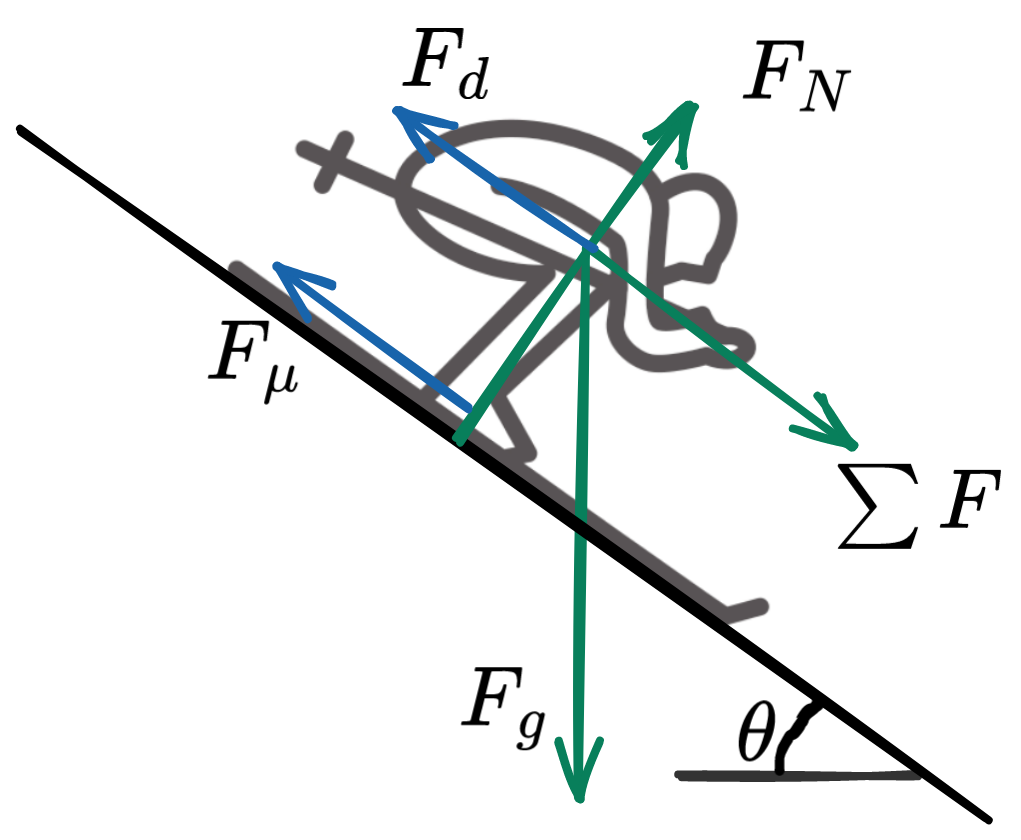 Don’t worry; this equation on an endless straight piste (the angle $\theta$ is a constant) is not too hard too solve when you have YouTube.

We can rewrite the differential equation for $t \geq 0$ as:

…move the partials around…

…and reorganize to get our solution:

Since $\tanh$ converts to 1; we can derive that the speed will convert to a maximum:

So finally… we will have a fair race when everyone’s clock time is multiplied by the following factor:

Although the maximum speed has a calculable ratio, depending solely on the mass, this does not apply to the speed in the acceleration phase. There is a $\sqrt{1/m}$ inside the $\tanh$; so with more mass it will take longer before the maximum speed is reached.

Since a race has to cover a certain distance, can we find a calculable ratio here?

To know the distance that a skier has covered in a certain time, we integrate over time:

and this we can plot for skier A and B: 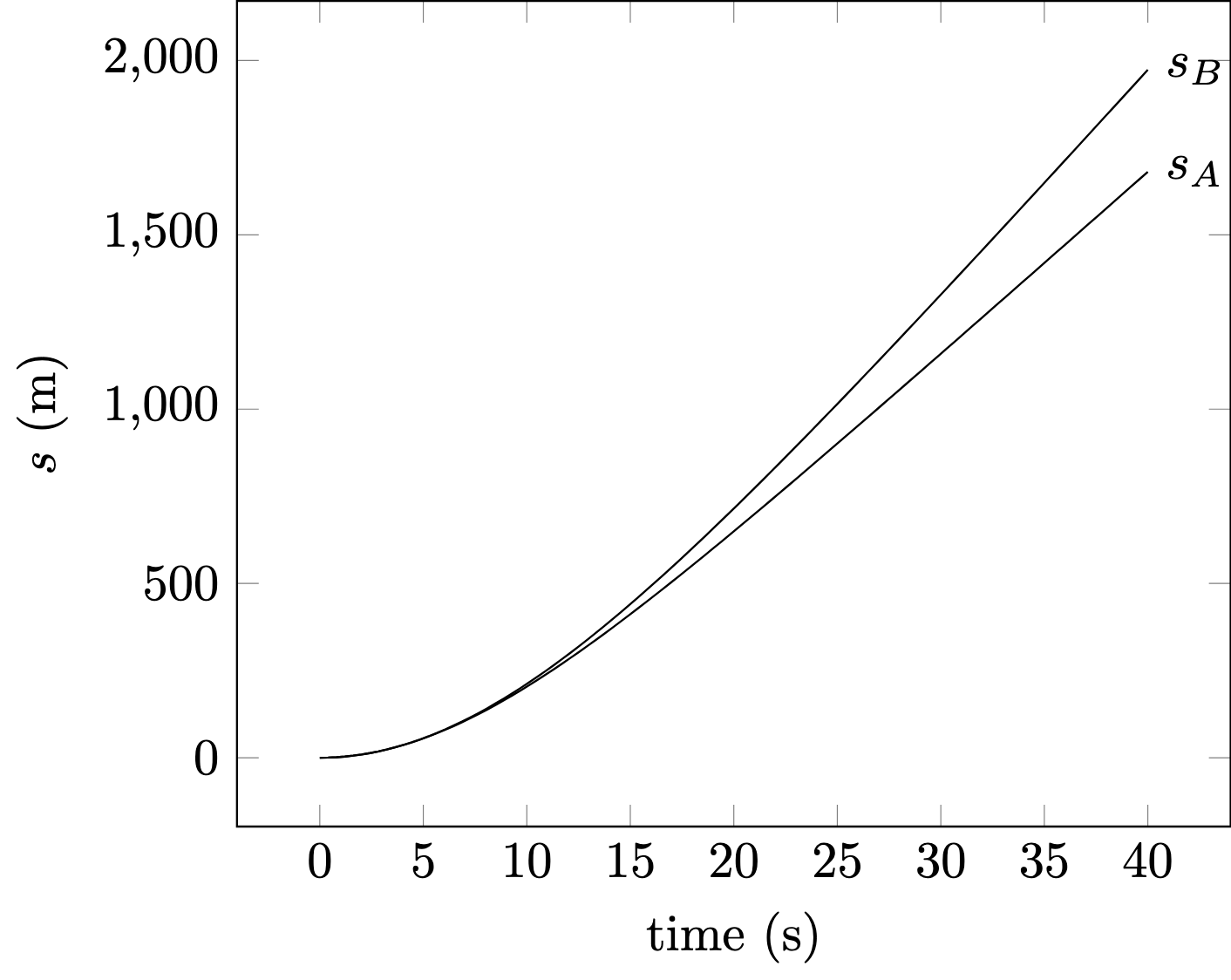 You can reorganize the equation to estimate the time it takes to cover distance $s$:

But back to the point.#

Because the mass is in two different places in the distance equation; it is not easy (at least for me) to calculate a ratio that depends only on the mass.

If we look at the distance ratio $s_A/s_B$ over time: 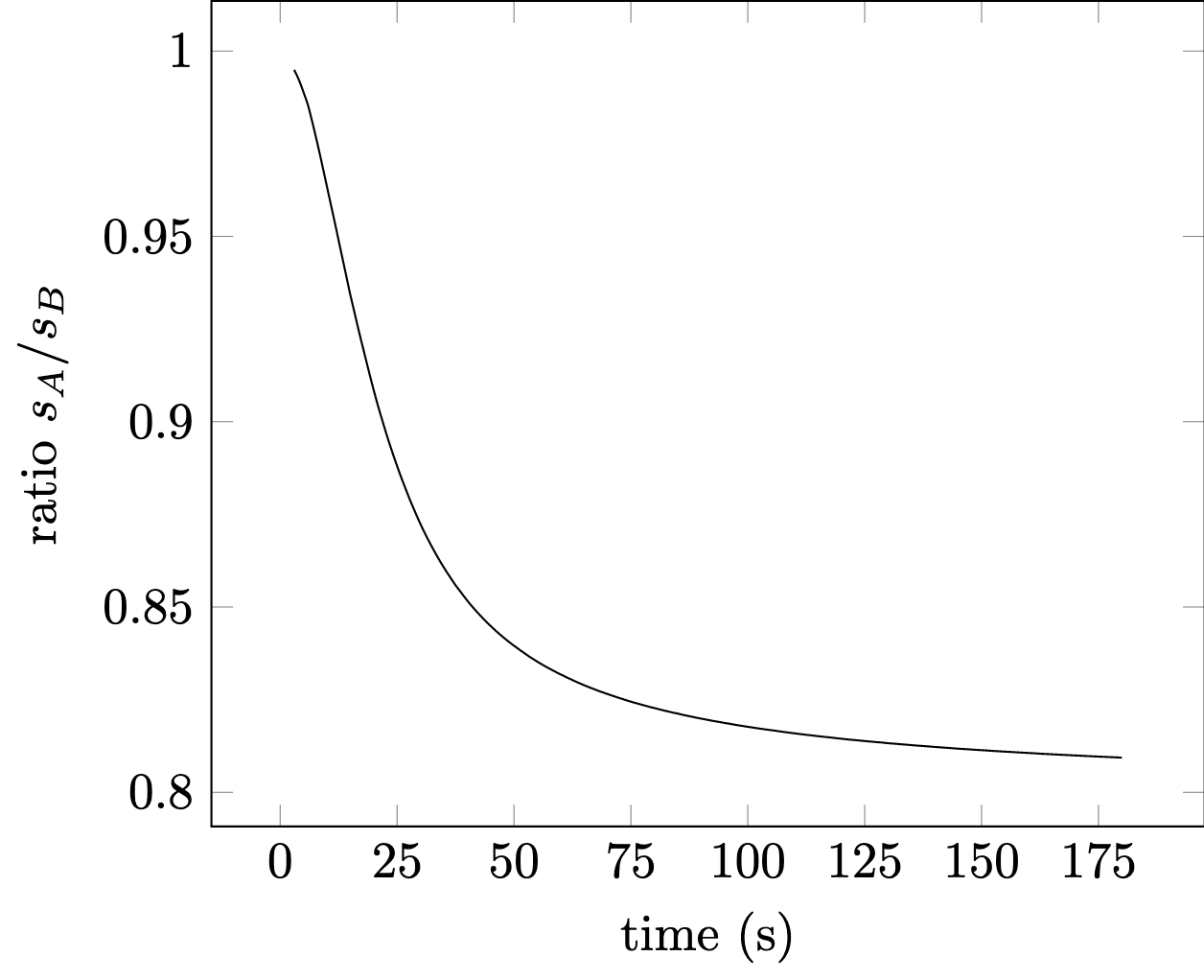